Eric Van Hove’s D9T is a replica engine of a Caterpillar D9 bulldozer. The bulldozer was developed to improve infrastructure in developing countries. However, is has become widely known as a military vehicle, thus making it a symbol of oppression rather than reconciliation. Eric Van Hove disassembled and rebuilt the engine with the help of 41 craftsmen. 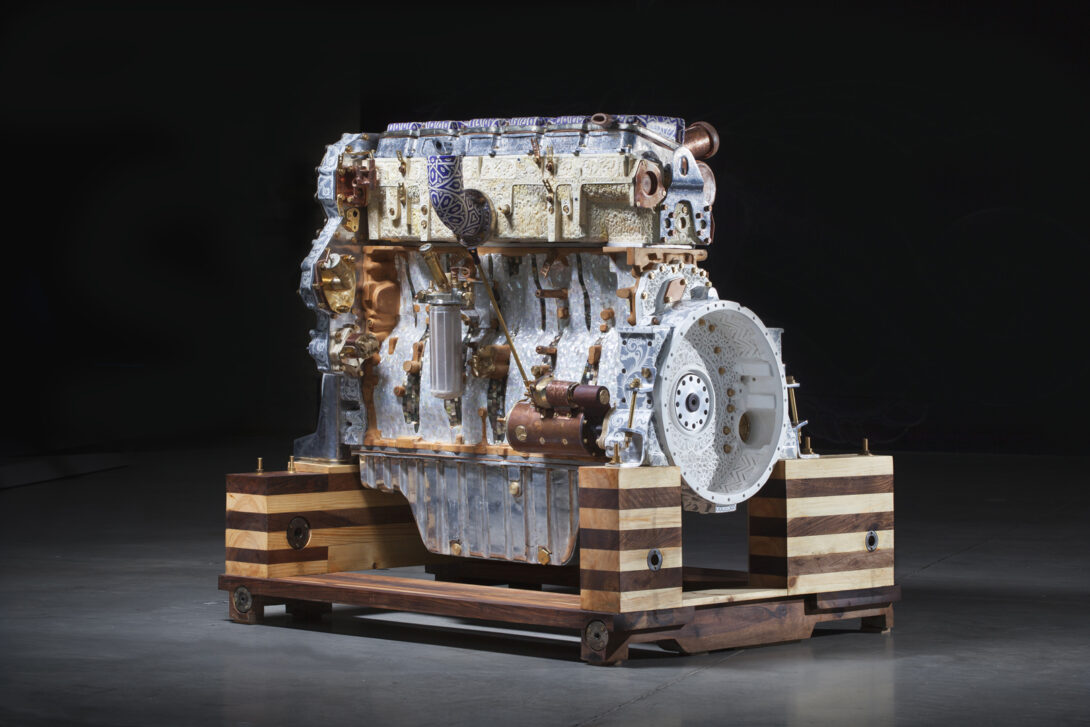 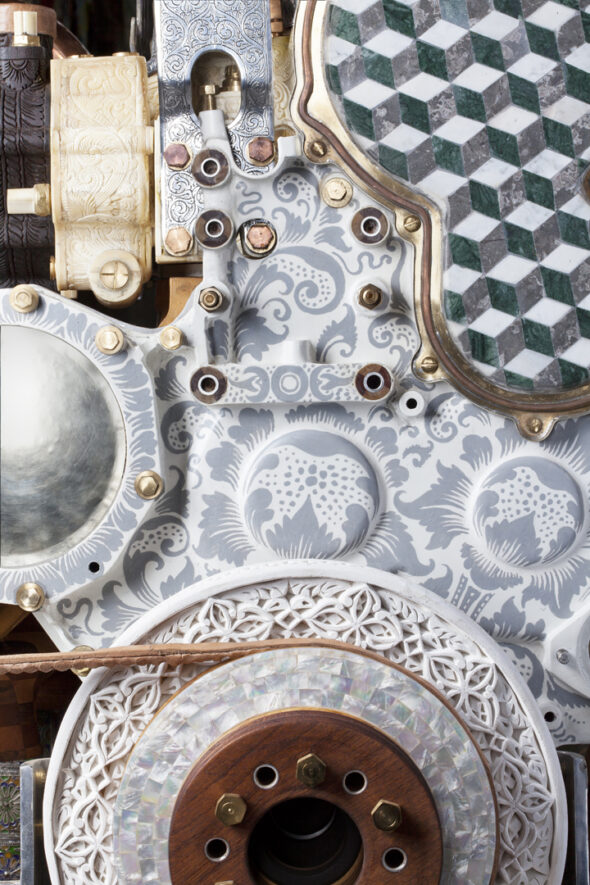 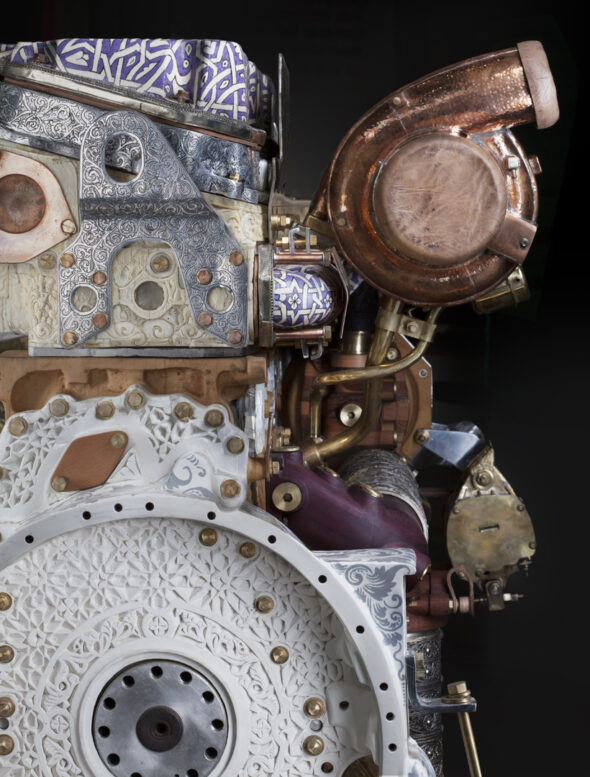 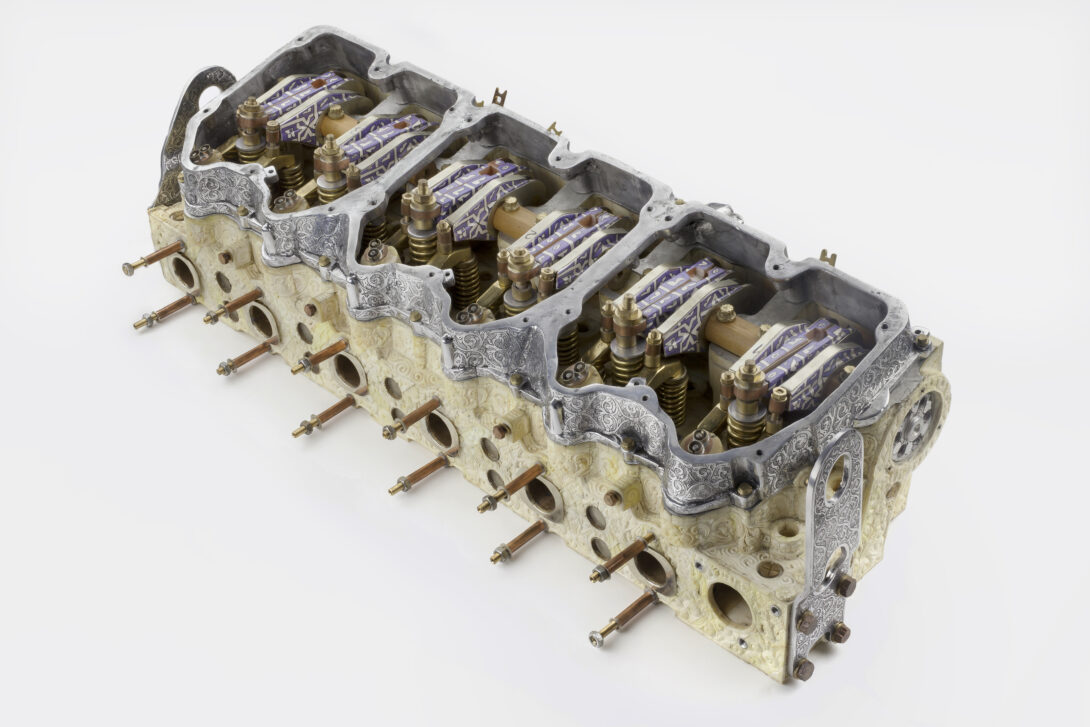 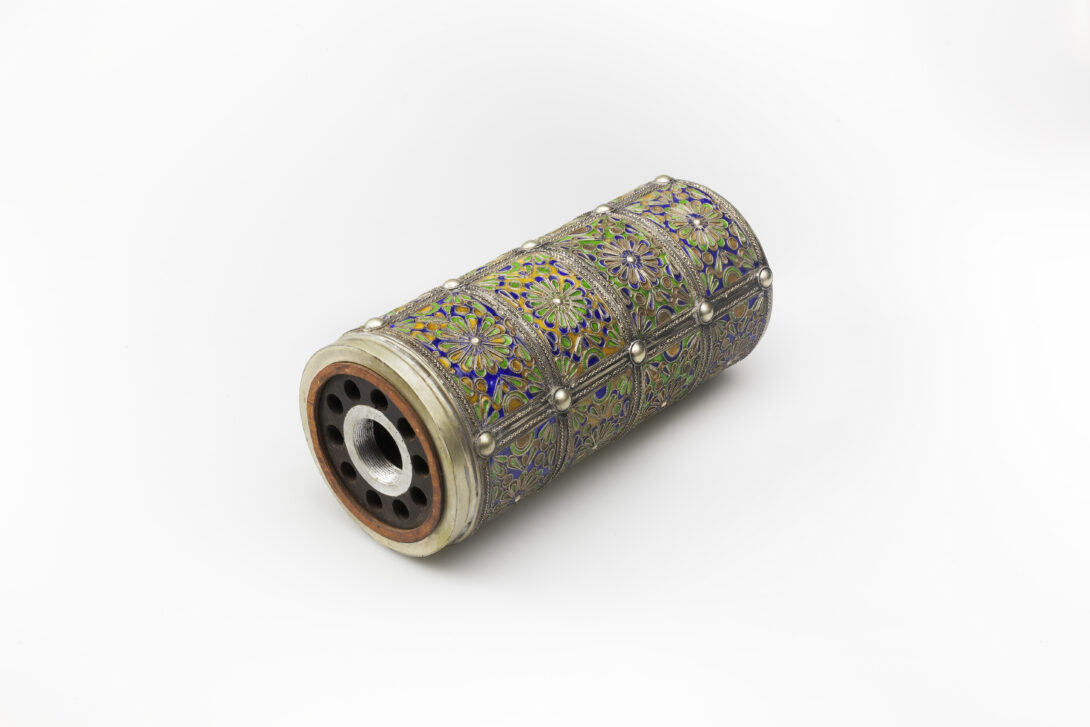 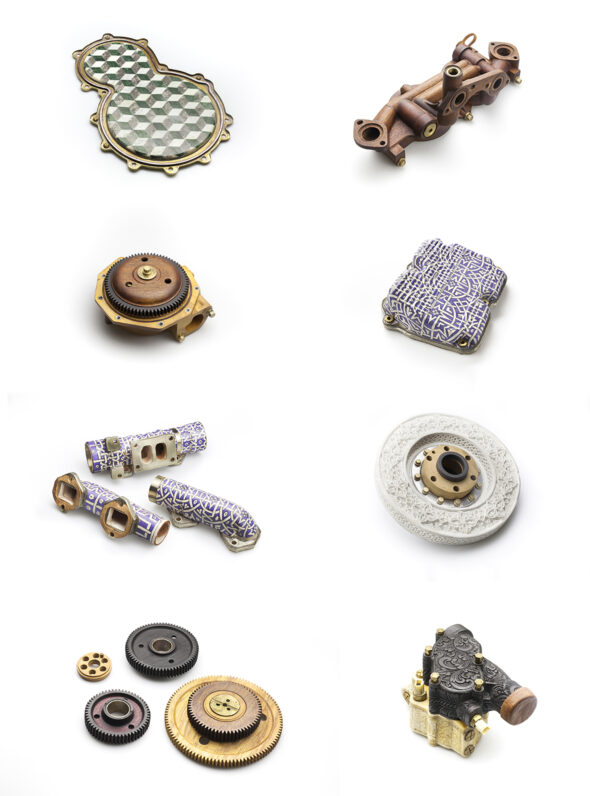